0 0
Every Wednesday on HighClouds, from now until death do us part, we publish the picky playlists of our Brussels‘ friend and collaborator Deer Du Bois.


Our last Deer Du Bois playlist of the year is bursting with new stars that are rising and are about to emerge to new heights in 2017.

Swedish electro star Firefox AK is finally back and brings us perfect pop in the shape of tropical anthem “Heart Of Mine.” Let Kidä seduce you with her hypnotic “Snakes,” which was recently labeled as Thunderclap: Best New Track on HighClouds.

Sweeping harmonies and uplifting effects will launch newcomer Julia Bergwall to stardom thanks to her single “Won’t Let You Go.”

Scandinavia keeps on spoiling us with great music and artists, and Danish singer Fjer proves it as no other on her latest song “Better.”

London duo The Glass Children lead us through the dark melancholy in-“To The Light”. While Seattle indie star Liyv bends the light into pastel-powered pop in the final installment of her “one song a month” project with “Throne.”

And finally, after 4 years in the making, young producer and singer David Scott Acker, reveals the first single “Bad Love” from his debut album “Pour.” A soft-glowing neo-ballad.

If you want to drink a bit more until you get tipsy, you should check him on Facebook and Soundcloud, and follow his regular posts on our site. 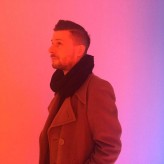