0 0
Let me first preface this review by saying that Noname will not be referred to as a “female rapper” within it. Yes, an artists’ gender is often relevant to their art but the notion that there is a need slap a gender specific label on a rapper before even saying their name is ridiculous and outdated. Let’s move forward.

Fatimah Warner, formerly known as Noname Gypsy, and now simply known as Noname, is a Chicago native rapper known most prominently for her features on various Chance The Rapper projects. Rappers who gain certain degrees of popularity in this way often phase off into obscurity when no longer given the podium by others “higher up” in hip hop. Noname, however, makes tremendous waves on her new mixtape “Telefone.”

For those who haven’t yet listened to “Telefone,” imagine sweet poetry clad in smooth, geometric production while delivering a very unique, honest message. Noname does not boast, trash talk or invoke anger, yet she professes the struggles and blessings of her life in a very open but fine-tuned sort of way. She brings serene bars to each track on this tape, invoking feelings of insightfulness as well as inner pain. On “Freedom Interlude” she raps, “Bill Cosby ain’t the god we made him, They all forgave him” and follows it just a few lines later with the sentiment, “Delusions on the guest list, You said plus one, So where your plus one at?” as she expresses a confusion with society and a personal issue nearly in the same breath.

The artist is no stranger to the technical side of rap either. Her flow winds easily through each verse, sounding similar to that of Childish Gambino on his best days. She is also never short on rhymes and has many a trick up her sleeve, such as the fact that she can craft a strong, catchy hook whenever she wants to.

Additionally, the beats laid under Noname do a fine job of supporting her. Phoelix and O’bi craft an airy, digital age stream of sound on “Diddy Bop,” made to fit her well and also to push Raury’s gentle style to the forefront. On her mixtape, Noname has a special gift of speaking from several different angles in one project, song and even verse. She does not limit herself to social commentary, every day matters or simple self-expression. Rather she combines all of these things.

Noname and her mixtape “Telefone” do more for hip-hop as an art form in one mixtape than many successful rappers do in three.

Most importantly, however, she does it artfully. The way Noname places words can be extremely up front and no-nonsense, but also more poetic than many casual hip hop listeners might be used to. She brings a great sense of creativity and skill with the pen to this project and that is its driving force. Noname may have become widely heard through her work on Chance The Rapper’s music, but she is without a doubt steering her own ship now. “Telefone” does more for hip-hop as an art form in one mixtape than many successful rappers do in three. Noname has arrived, it’s time to pay attention.

Lyrics with a soul

Songs can sometimes sound a little too similar to one another, just barely 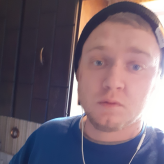