Oscar and Louis are our new daily diggers and every Monday, visit HighClouds to find out their discoveries of the week! There is something for every – good – taste here!

Greyhat, aka Michael,’s from a little town near Portland. Passionate about music and video games, it’s been almost ten years since he produces. In his influences we have Nujabes, Bonobo and Flying Lotus and we can definitely hear all of that. Soon a brand new EP. A few jewels already there.

From England and based in Paris, Rory Mccarthy, aka infinite bisous, has already been touring with all the upper crust of the indie scene (Beck, Mac DeMarco, Metronomy,..). One hell of a face and a good style. Rory released his first album “w / love” in March 2017. The name of the project came to him by watching the French kissing all the time. To listen with love.

Louis Cole is a duo from Los Angeles, Louis and Alliz. They are taking us to a funk-pop-electronic trip. Colorful harmonies and strong groove for a compact rendering. It’s super kitsch and from a different world, but it gives a good boost to start the day. He plays in another band called Knower, just as explosive.

New Orleans producer, Dylan Kidd released his first EP in March 2017. The kid mix electro, pop, jazz and rnb to create a unique sound tessiture. The kind of music that send you to other horizons.

Located in Atlanta and from Georgia, BOSCO has been doing a lot of noise recently. Her album released at the end of 2017 was part of the big musical revelations of the genre.
You can feel the talent and the great work of production behind for a very efficient project. Signed at the label Fool’s Gold, no doubt she has a bright future.

Homemade beats from TSUKI, for tortured souls. That’s how the Chicago duo define their music. Two formats for Levi and Chanlar including “Severance Package” released last April on Sunset Waves label. Low-fat bass and hot melodies for a result that shakes the heart. Those kind of music you like to listen when you’ve decided it was another shitty day. It slips.

“We make music for kids in inter-dimensional travel” OK… The Trp are a trio from London and New York. They’re on another planet and drop cosmic bombs. A kind of tropical and psychedelic rnb full of love. There are already a good number of tracks, some featuring and a little cover from mister Frank Ocean in the middle.

To infinity and beyond.

We hope you dig this selection of Brand New Sound. If like us, you can’t wait until Monday for discovering their daily find, please follow Oscar and Louis over Facebook and listen to Brand New Sound on Spotify and Deezer too! 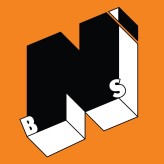 Brand New Sound is comprised of Oscar and Louis: our new daily diggers! On Mondays, visit HighClouds to find out their discoveries of the week! There is something for every – good – taste here!