0 0
I had a hard time narrowing down the tracks for this week’s playlist so enjoy the extras! The playlist, [Embrace], is seeping with emotion – from electronic to alt pop to jazzy hip-hop, you’ll be hard pressed to not find at least one track that piques your interest 😉

JINCE scours through hundreds of SoundCloud tracks every week to find the best new gems by artists that are flying under the radar.

Without further ado, here’re this week’s featured tracks from the [Embrace] playlist.

I can’t believe I only just heard of jsmn, but I’m glad the universe brought me to her. She’s oozing with the same carefree spoken-word-ish as Noname—on “coogi sweater”, she floats across velvety production by Namesake., who is also an amazing musician. “coogi sweater” is the intro track to “a very sad happy birthday“, jsmn’s latest EP. Don’t sleep on the tracks on this EP!

Coast Modern – “Pockets Full of No”

I’m always psyched for new Coast Modern tracks because these guys always bring their A-game when it comes to production and melody. They start it off with street sounds, then bring coins in, then that video game synth! Hit play and let this upbeat tune overcome you in the musical equivalent of being 10 and playing in an open fire hydrant on a hot-as-balls day.

Alright fine, I admit it – I was one of those old hip-hop heads shitting on Lil Yachty when he first popped but I’ve come a loooooong way since then. TY SENOJ gives off a similar playful, melodic vibe as Yachty – “Flirt” is a prime example of this newcomer’s penchant for crafting catchy songs with a solid groove to them. Don’t forget to check out Goldchain, the whiz behind the production on this track.

“Just Like a Dream” is a hazy 80’s-influenced track off of Bantug’s new EP, “Blue”. This song makes me feel like I’m in the San Junipero episode of “Black Mirror”, but like, in a futuristic way. I really wish I had a red Jeep Wrangler that I could drive into a sunset right now 🙁

Goldmyth – Has To Be Better

The ethereal intro to the track leads you into a harp-backed wash of electro sounds intertwined with Goldmyth‘s haunting vocals. I love how the track gradually builds up to the end – this attention to detail is definitely going to push Goldmyth very very far in the music game.

Check out JINCE‘s playlist every Monday on HighClouds and follow him on Soundcloud. Enjoy【ツ】 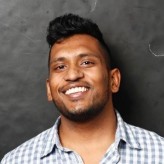